Preparations for the 33rd World Cooperative Congress have officially kicked-off at a meeting in Seoul, the Republic of Korea. The launch event featured representatives from all International Cooperative Alliance (ICA) member organisations in the country, officials from local governments and several civil society organisations contributing to the national social economy sector.

The main theme of the Congress is ‘Deepening our cooperative identity’, and will be an opportunity to celebrate the movement’s history while launching a debate to generate a more multi-faceted understanding of the role of cooperative identity in cooperatives. Due to take place on 11-17 December 2020, the Congress aims to gather around 2,000 cooperators from around the world at the COEX complex located in the heart of the city. CCW will also organise its Global Conference within the Congress' framework, on the theme of co-operative advocacy, further expanding on the recommendations of the CCW Strategy Policy Guide, published in 2019.

At the launch event, Martin Lowery, who chairs the Congress Task Force and presides over the ICA Board Committee on Cooperative Identity, spoke about the importance of cooperative values and how they form the essence of the ’cooperative difference’. Mr Lowery shared the three main thematic pillars of the Congress: Deeping our Cooperative Identity; Innovation and Entrepreneurship; and Cooperatives’ Global Responsibility in the context of the Sustainable Development Goals. The 33rd World Cooperative Congress will discuss an array of themes linked to the cooperative identity. It is intended to be useful for cooperatives’ positioning at the national and international level at a time when the recognition of our specificities is increasingly difficult. It will also be an opportunity for cooperatives to learn how to better use the cooperative identity to their advantage, and increase their business sales in the context of global competition. A number of high-quality papers and studies will be prepared and presented at the event. The Congress will be preceded by an International Research Conference (10-12 December) and an International Cooperative Law Forum (12-13 December), which will discuss themes related to the Congress. Several other side events will also be organized. 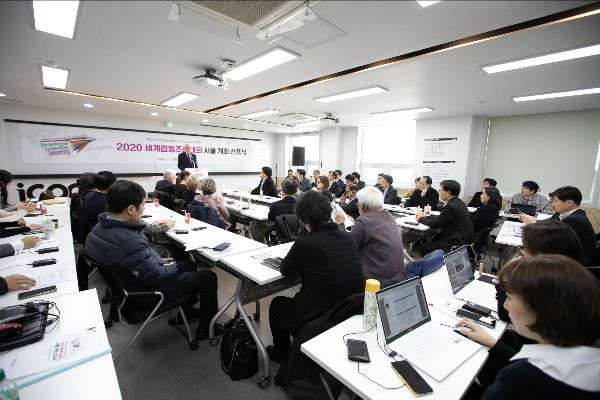 During the launch event trip, Mr Lowery conducted meetings with the organisers, ICA member organisations and the Seoul Metropolitan government. Also in attendance was ICA Director General, Bruno Roelants, who recalled the meeting between the Seoul city Mayor and ICA President at an event on Social Economy in Bilbao, Spain, where the idea of having the World Cooperative Congress in Seoul emerged. “There is a big expectation from the international cooperative movement to come to Korea and learn about your experience”, said Mr Roelants. This will be only the second time that an ICA Congress is organised outside Europe; the first was the 30th Congress in Tokyo in 1992.

Tags: ICA World Cooperative Congress model Seoul dstinctiveness movement identity anniversary 125 years
Cookies
This site uses cookies to offer you a better browsing experience. Find out more on how we use cookies and how you can change your settings.
I accept cookies