Petar Stefanov, President of CCW and CCU-Bulgaria opened the Forum by warmly welcoming all participants:

“…….there is one particular issue to which I am addicted, and that is co-operative youth policy. My firm commitment is due not to the cliché that “youth is our future”, but because of my belief that youth are the carriers of new ways of thinking, fresh ideas, and dreams. There should be no doubt as to their role for the future development of the co-operative idea, because they are the ones who will carry forth the flame from our hearts, which we, the older generation, managed to safeguard for them. But we need to hand it over in good fashion, so that we may assist them in their biggest mission yet – to create a better world now.”

The Forum successfully brought together 26 foreign delegates from 13 countries, and 1 global  sectoral organisation – CICOPA, spanning from all Alliance Regions – Africa, Americas, Asia-Pacific, and Europe. The list of participants is as follows: 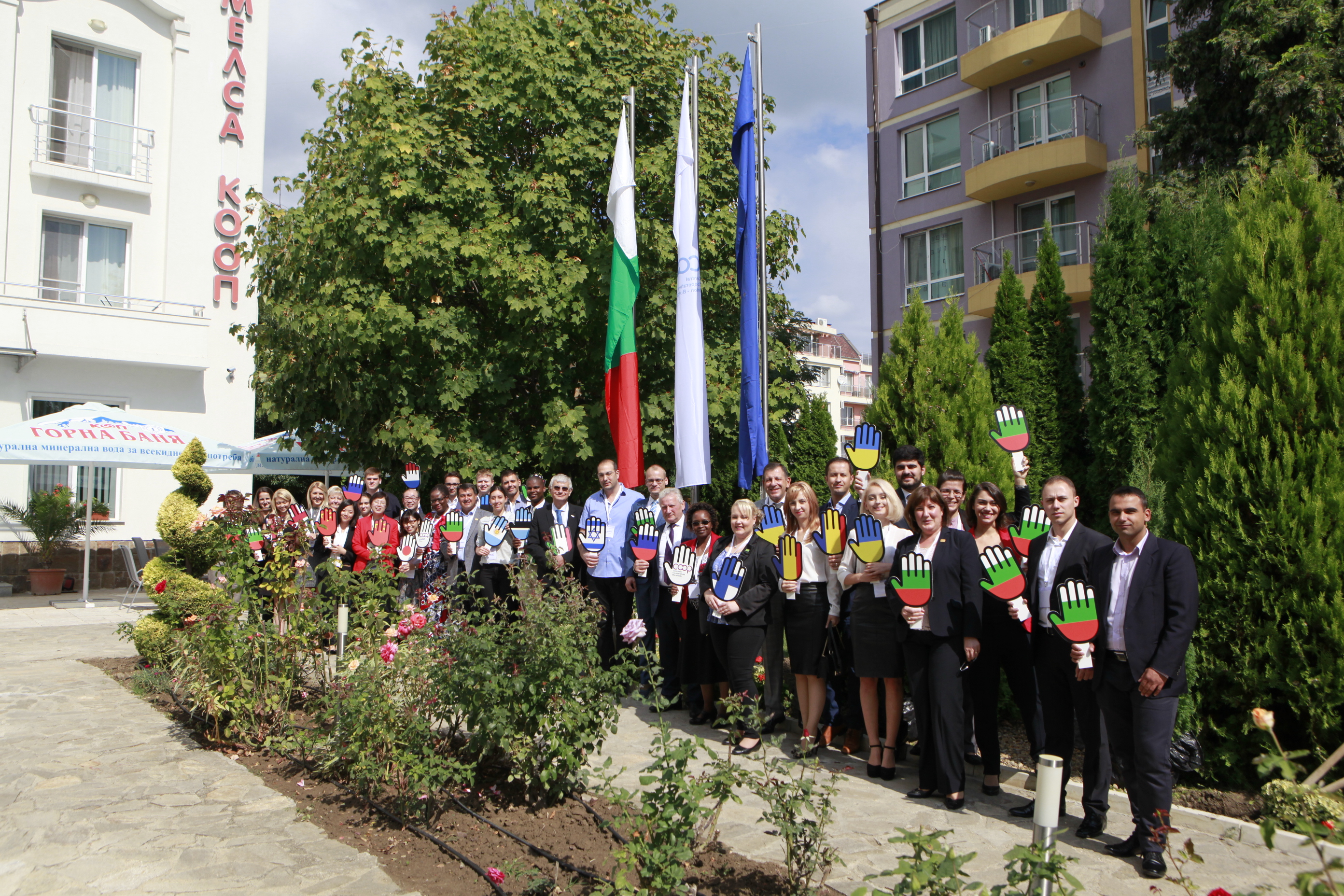 Introductory speeches to the Forum included those of Dr. Chiyoge B. Sifa – Alliance Africa Director; Katsumi Asada – JCCU President and CCW Vice-President; Massimo Bongiovanni – ANCC/Coop Italy Vice-President, CCW Executive Committee Member, and Euro Coop President; and Professor Valigurgyi – Dean of the Management and Trade Faculty of the Russian University of Co-operatives (RUC). All speeches were united around the fact that the co-operative business model provides better opportunities for attracting young people than any other form of business. The co-op democratic governance structure and business code of conduct, which go beyond the pursuit of maximum profit, are factors that help unleash the potential of young people and involve them in the decision-making process of co-operatives. It is in these conditions that young co-operators exhibit more creativity and deploy their entrepreneurial and managerial capacity. This is of immense significance when putting it in the context of global youth unemployment of 71 million young people. The world today is seeing its biggest youth generation in human history – 1.8 billion individuals; yet by World Bank reports, of the 1 billion people who shall enter the job market win the next decade, only 400 million will find existing jobs. This means that the global economy needs to create 600 million new work places if the current youth employment rates are to continue. To be specific – that translates to 5 million jobs a month for the next 10 years.

Despite the immense challenge, this could be an opportunity for not only consumer co-operatives, but all co-operatives, to play a leading role in battling the global youth unemployment epidemic by recruiting young professionals and by setting up co-operatives in existing and new sectors of the economy.

The national organisations that shared their experience in the recruitment of youth and their engagement in the decision-making processes on national level through presentations were as follows:

Our colleagues from CICOPA were represented by Leire Luengo, Communications Officer and Campaign Manager, who acquainted all Forum participants with CICOPA’s Global Youth Entrepreneurship Campaign along with a very powerful global youth video “Working Together for a Cooperative Future”. The one-year global campaign has the objective of promoting the co-operative model to youth in order to facilitate youth entrepreneurship by harnessing the creativity, innovation, ambitions, and aspirations of young people worldwide for more democracy, fairness, solidarity and care for the community.

In his closing remarks, CCW President – Petar Stefanov shared that “… our planer has never been so young with the current 1,8 billion young people inhabiting it. They are the most determined and open-minded generation that ever existed. They are the ambassadors of change towards a better world and they have a prime role in the implementation of the Sustainable Development Goals (SDG) – an issue which the Alliance is investing a lot of efforts and resources in. Co-operatives are in place offer a better future for young people, due to their instrumentarium which eliminates the barriers, which youth often face in today’s world. I hope our Forum will remain in your hearts for a long time and it will inspire you towards further collaboration among young co-operators from all regions and sectors of the International Co-operative Alliance, because as CCU’s slogan says, “all together we can do more”.

Based on the discussions and presentations throughout the two-day Forum, the delegates drafted a Manifesto “We, the Co-operative Youth” which presents certain commitments of the youth around the world, but which also includes specific appeals towards national and international co-operative organisations in the areas of recruitment of youth to co-operatives and their engagement within the management of co-operatives.

As a symbol of the potential and vitality of co-operative youth and the co-operative spirit, the Forum’s delegates planted two “youth trees” (cypress) next to the marble engraving dedicated to the Global Youth Forum. 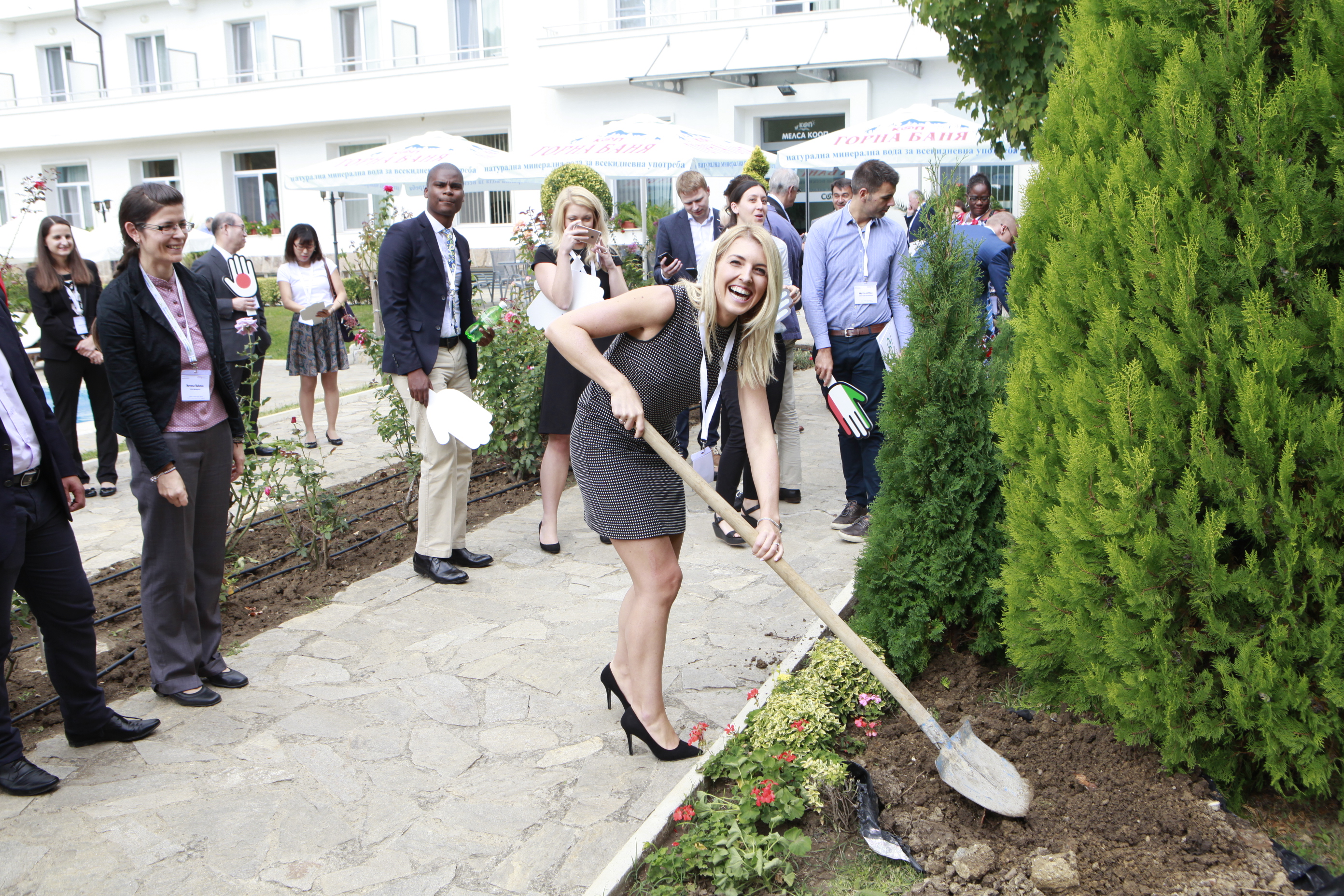 You can find the Forum's programme here.

Tags: co-operative distinctiveness co-operative youth CCW CCU ICA
Cookies
This site uses cookies to offer you a better browsing experience. Find out more on how we use cookies and how you can change your settings.
I accept cookies