Recognition of Co-operatives at SPIEF '17 Petar Stefanov, President of CCW and CCU-Bulgaria, as well as ICA and Euro Coop Board member, was invited as a guest speaker at St. Petersburg International Economic Forum (SPIEF) 2017

In the period 1-3 June 2017, the 21st International Economic Forum (SPIEF) took place on the topic "Looking for a New Balance in the Global Economy". The Forum is a unique event that has been held since 1996 in St. Petersburg under the patronage and participation of the President of the Russian Federation.

The Forum's 108 events saw the involvement of over 5,000 participants from 66 countries around the world, including heads of state, government officials, executives of leading international companies, prominent world scientific experts, media and civil society representatives. The constructive and open discussions addressed not only the main directions for future economic development of the world, but also the pursuit of accelerating the pace of their achievement.

For the first time ever, the SPIEF featured a panel on “The Co-operative Movement as a Driver of Socioeconomic Development.” The delegates representing the Russian Federation included:

Nikolay Kharitonov - Committee Chairman within State Duma of the Federal Assembly of the Russian Federation;

Dimitry Zubov - Chairman of the Central Union of Consumer Societies (Centrosojuz) of the Russian Federation;

Anthony Barbagallo - Councillor of the Regional Government of Sicily for Tourism, Sports, and Entertainment;

Patrick Anthony Chinamasa - Minister of Finance and Economic Development of the Republic of Zimbabwe.

Click here for the panel's video, program, and more info. 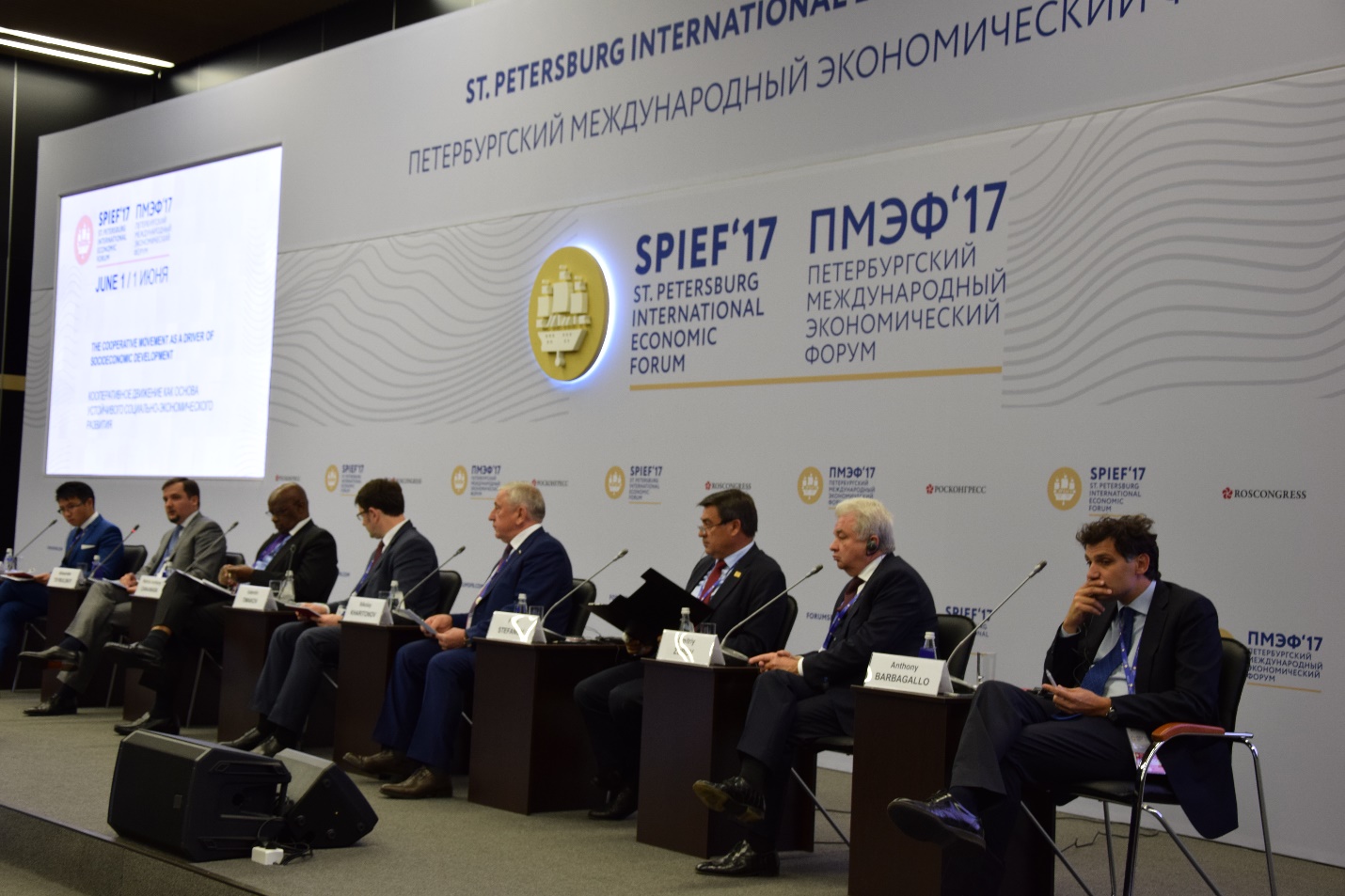 In his speech, Petar Stefanov – CCW President shared his view, that:

“…throughout the world, co-operatives have made a significant contribution to sustainable economic development and to ensuring stability in the labor market. Co-operatives belong to their members, are managed by them and serve their interests, which allows effective solution of economic tasks, the development of social and human capital and, all the while, encourages people co-operate and help each other.”

Despite the fact that co-operatives are an important and significant partner in the global economy, they have not yet received the due recognition. 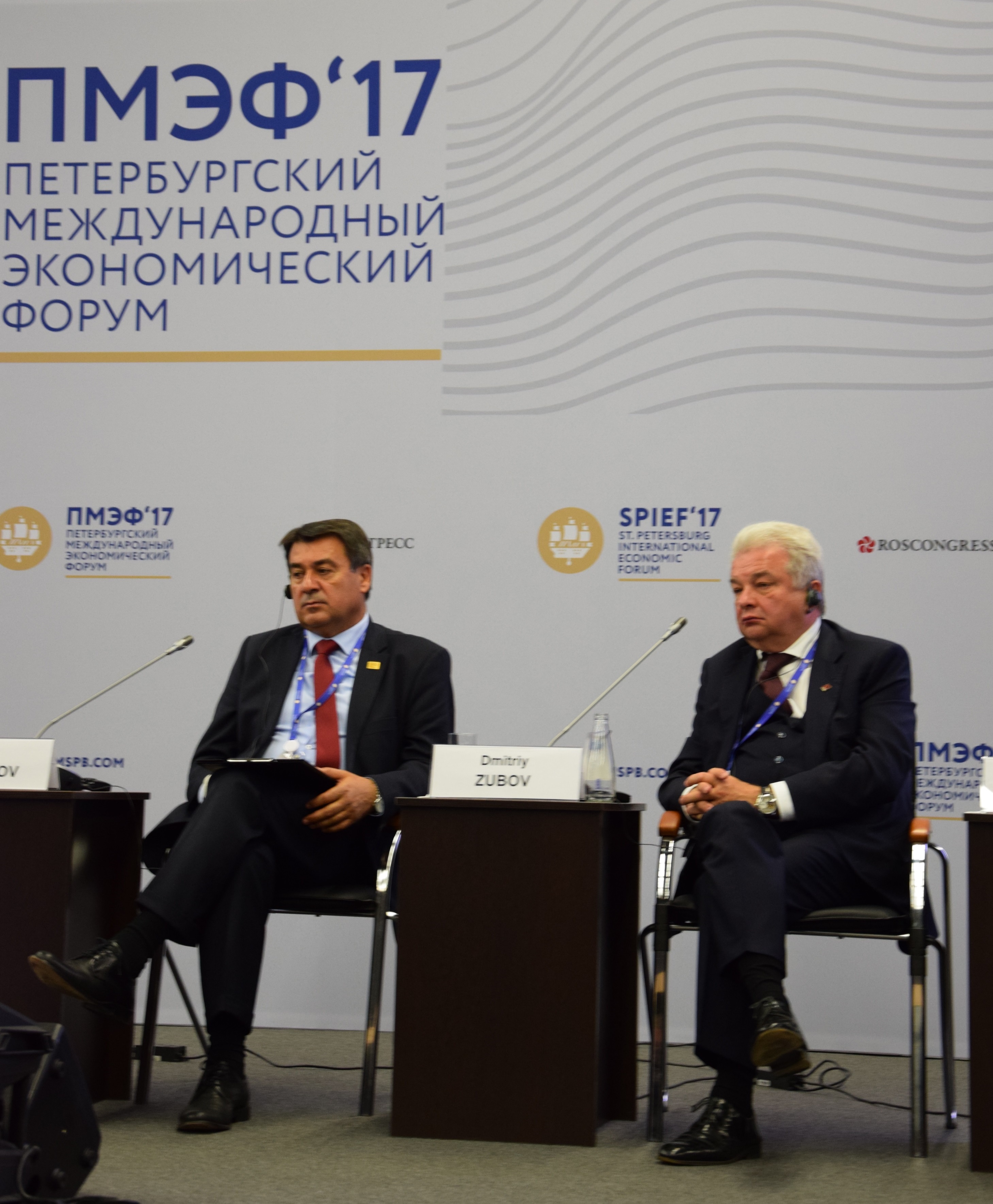 Petar Stefanov emphasized the fact that co-operatives very often face complex conditions which hinder their development. These conditions are the result of an inadequate legal framework and inappropriate market mechanisms and policies. Focus was placed on the key factor in the development of the co-operative business model, namely the harmonization of co-operative legislation at both European and global level.

The lack of a single legal framework for co-operatives has two main consequences: limited transparency in the application of co-operative principles and values; and, no less importantly, obstruction of the development of the co-operative model and the potential business collaboration amongst co-operatives from different countries in Europe and the world. This process is of utmost importance for enhancing the visibility, significance and contribution of co-operative businesses to national governments and institutions. 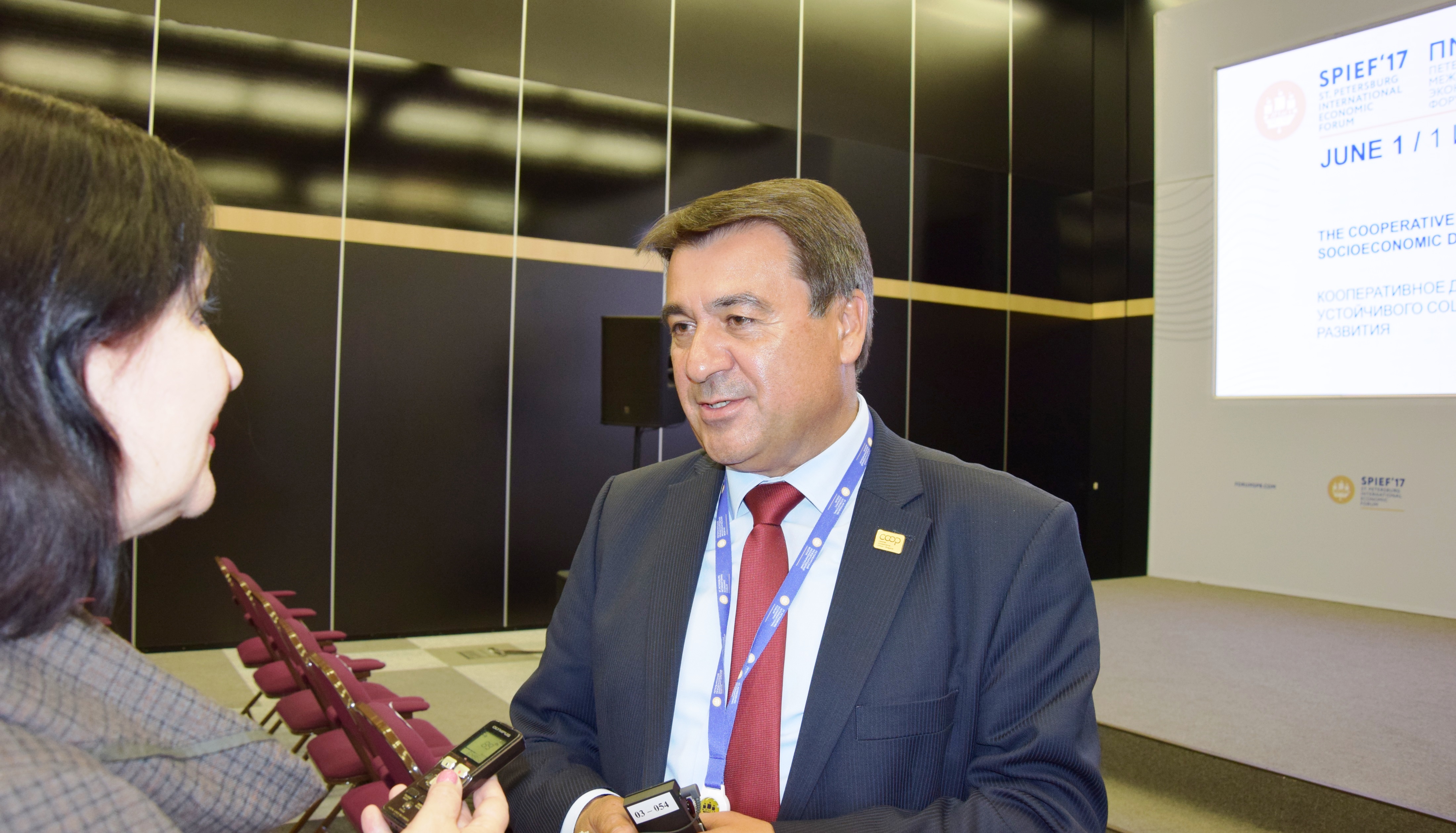 Tags: CCW CCU legal framework Sustainability SPIEF Petar Stefanov co-op business
Cookies
This site uses cookies to offer you a better browsing experience. Find out more on how we use cookies and how you can change your settings.
I accept cookies